I recently made a fun little costume for a friend. She and her family were dressing up as characters from the Disney movie Tangled. Her youngest needed a Pascal costume. I was surprised that I could not really find one to buy for a baby. She lives in Hawaii so it was important that the costume be light weight. When I went to my local Joanns store, they did not have a light weight stretch fabric in the color I wanted so I was forced to get creative. I knew that Walmart had some Hanes long sleeve shirts in the exact color. I had just bought one for my sons Hulk costume. I only hoped the biggest size would be enough. I grabbed an XXL shirt and quickly strolled to the baby section and held up a 6/9 month footed Jammie and sure enough, it was long enough. I found a free pattern from Pinterest. The pattern was in a different language, but I figured it out with the pictures.


After slightly deconstructing the shirt, I was ready to cut my pieces. 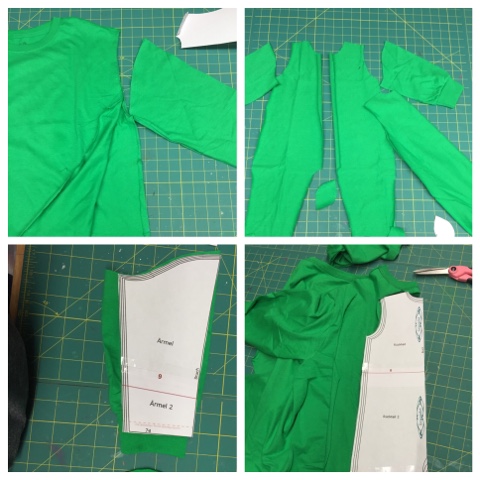 I wanted to use the existing sleeve as the base for the sleeve. I had to make it a little smaller but it worked nicely. I used some green fleece for the hood and all the extra pieces. I just happened to have a pattern with a hood that was the right size. 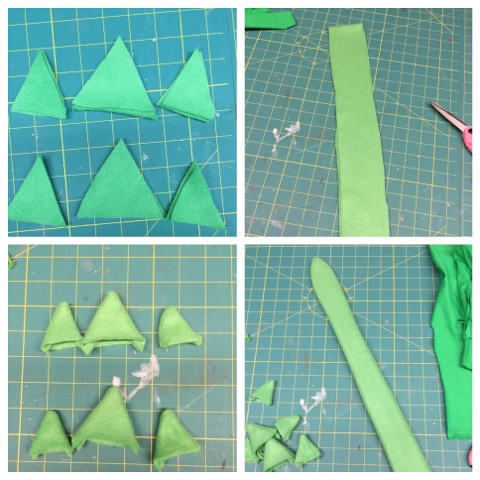 I cut out claws for the feet and a long take. 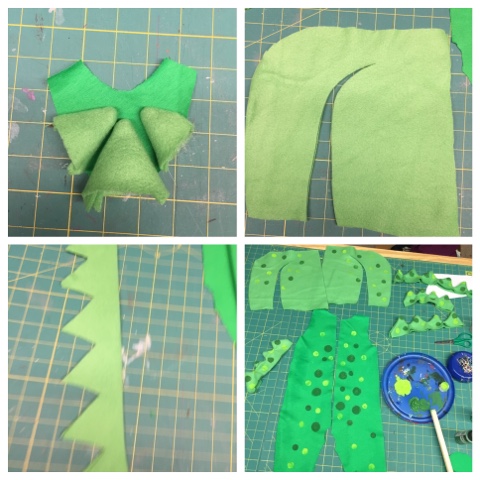 Rows of spikes for the back of the outfit, around the eyes and the top of the head. I did have to cut a center seam out back piece to add the back spikes. I cut a curved line in the hood to add the spikes around he eyes as well. Added dots of paint to everything and then put it all together.

I think it came out rather nicely!!! What do you think? 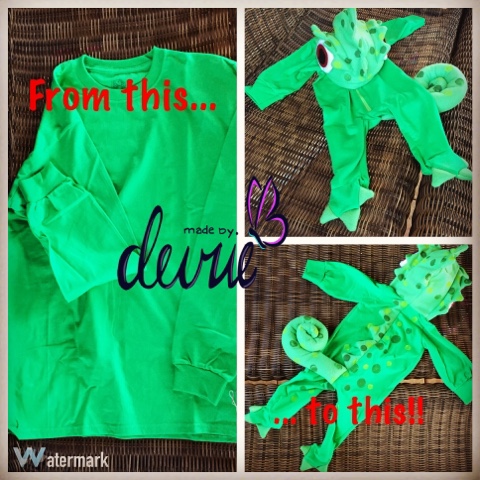