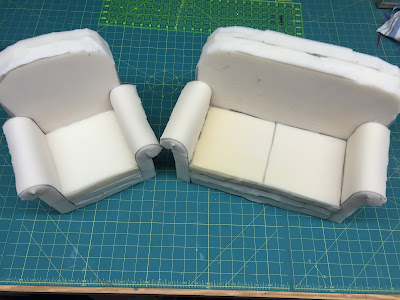 Now that you have your doll couches made and they have had time to dry, it is time to make them pretty. Grab your favorite fabric, some scissors, sewing machine, hot glue and a flexible measure tape and let's get started.

I first started by making a paper pattern that would go on the front of the arms. Since each one would be exactly the same just flipped depending on the side, I can cut out four pieces of the same piece. 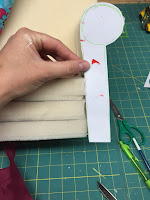 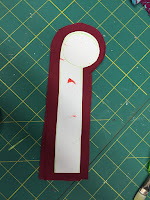 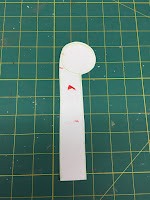 Do not forget to leave yourself plenty of extra on the perimeter, for seam allowance. Now it is time to get out your measure tape and measure your couch.  It is okay if your measurements are not the same as mine. You need to use the numbers you get from your couch so that your cover will fit it. Use the same technique I did and it should be fine. 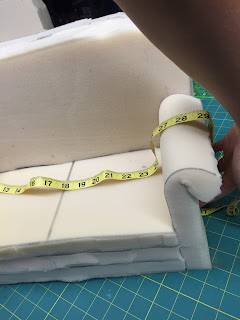 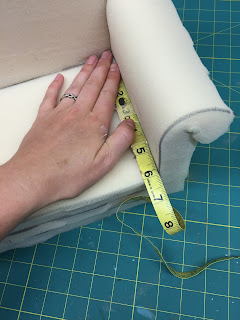 First measure the depth of the couch. Do not for get to add and inch or more for seam allowances. Then, measure from the bottom of one arm all the way across to the bottom of the other arm. *TIP* As a rule of thumb, it is better to have more fabric than not enough. For the front bottom panel, measure both the height and length of the couch front. 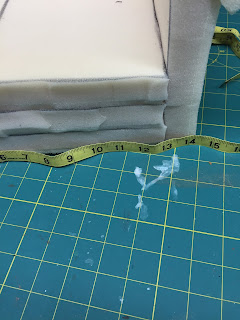 In order to make sure that my pieces all lined up correctly, I folded everything in half and then ironed the fold. This would allow me to line up the crease lines perfectly. Then starting on the crease I would sew down one side and then start back at the crease, sew down the other side. After you sew the seat part to the front part it should look like this. 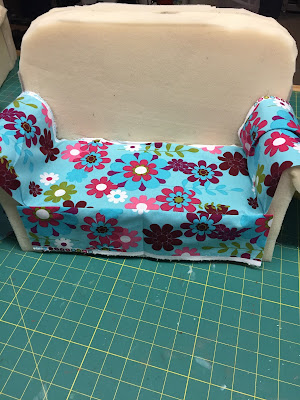 Remember those arm pieces we made earlier? It is time to use them. These pieces will be tricky to put on, but if you take your time and line each on up and use pins you can do it. I sewed them to the side of the front panel and then the top is sewn to the seat part. I had to rip one of mine out a couple of times before they lined up nice, but once I figured out that I was trying to pin them without measuring where the first one landed according to the front panel, it went a lot more smoothly. 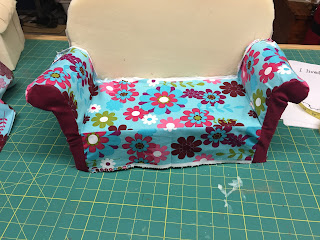 Following the same idea, it is time to make the top. The top is made of 3 pieces, The front, back and middle.

The middle was a long skinny piece. Don't for get the tip to iron the center fold. 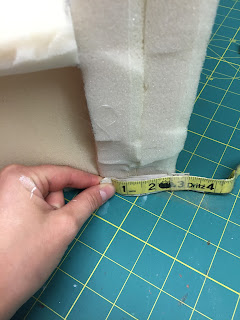 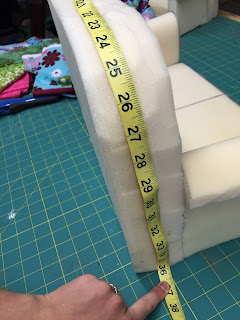 The front and back were made from the same measurements. I trimmed the bottom of the front panel by about 2 inches. I wanted to leave enough to tuck under the bottom piece we just got done making. 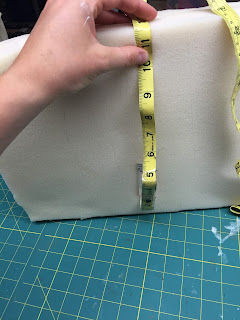 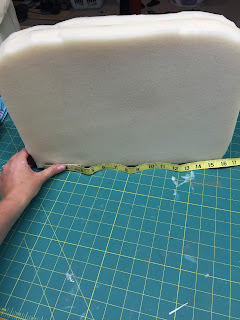 I rounded the edges of the front and back panels and made sure to iron the centers. 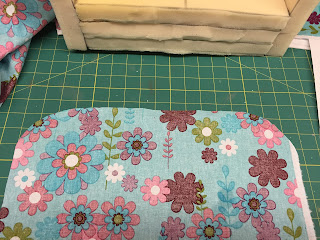 Lining all the centers up, I sewed the 3 pieces together. Starting from the center crease each time. 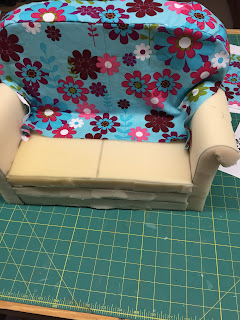 Putting the top on the couch, I used the curve of the arm to trim the sides of the front part of the panel. 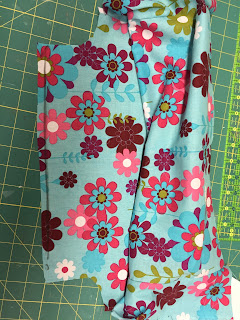 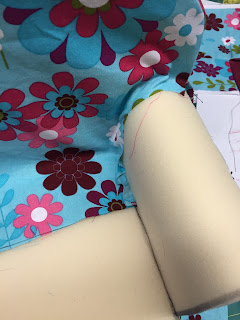 Now it is time to glue the 2 finished pieces to the couch. The first thing I did was make sure that the edge that would be seen on the seat of the couch was nice and neat. I sewed mine, but you can glue yours if you wish. 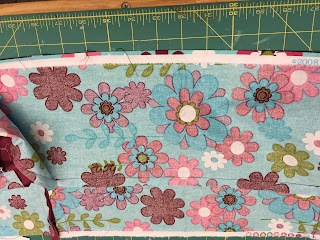 Taking my time, I glued the top piece first. Starting with the very top and working my way down. It doesn't take a lot of glue, but you do want to make sure that the cover will not want to pull away from the foam. Put the bottom piece on and use the same technique to glue it on. 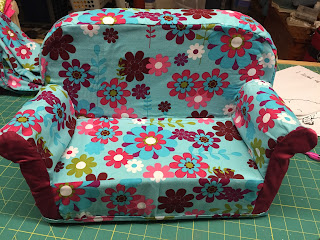 The final step will be to cover the bottom of the couch.  For this, I cut out a square about 2 inches bigger than the bottom. Folding the edges and sewing them, I was able to create nice neat lines. 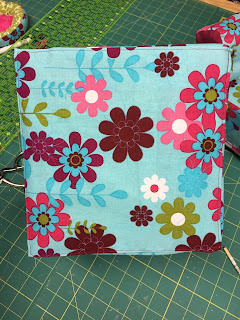 I added a few pillows, but that is optional but I think it looks adorable! It's time for your doll to sit back and relax. Admire your work, you did great! 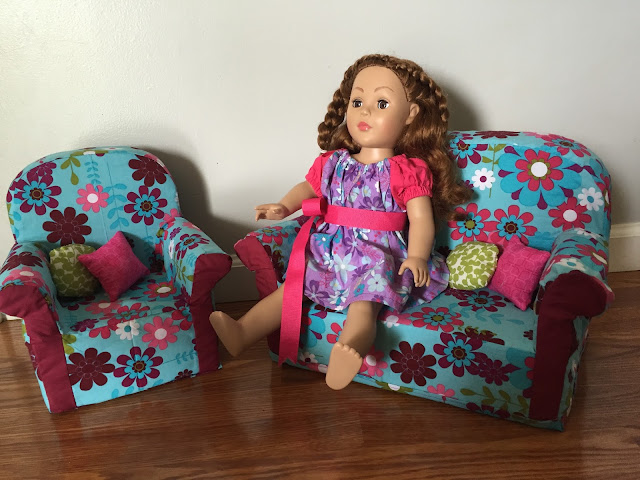